After the Summer vacations, Angels and Devils return to the Golden School to begin the second year of their stage, there new Earthly Ones are given to them. Meanwhile Sulfus is blackmailed by two masked eternals who hold in their possession Raf's mother: Angelie . In order to make sure Sulfus doesn't try to escape their control, a mysterious girl:Blu , watches over him. Raf and Sulfus' love is highly tested with the appearence of these new enemies and more mysteries about Raf's past are revealed.

In late 2011, a trailer for Season 2 was released where it showed the new adventures and characters the Angels and Devils would face and meet in the season. The trailer announced the series would be released in Autumn 2012 in Italy but the date was changed to Spring 2013. 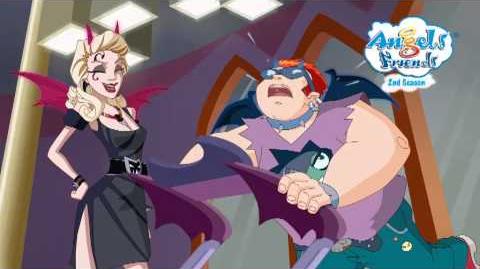 Retrieved from "https://angels-friends.fandom.com/wiki/Season_2?oldid=8386"
Community content is available under CC-BY-SA unless otherwise noted.