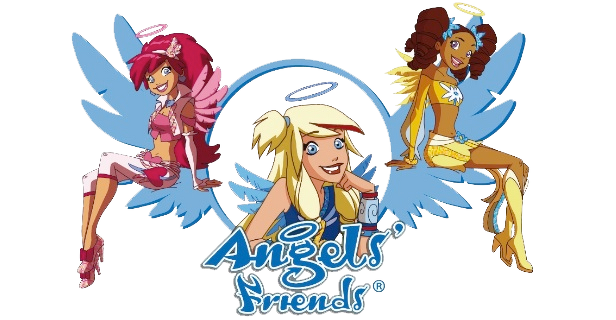 ATTENTION: This wiki is filled with SPOILERS about the Angel's Friends series


All users need to read the Angel's Friends Wikia Standards before editing any gallery pages!

Main article: Angel's Friends
Angel's Friends is a series of italian comics created by Simona Ferri and published by Play Press from March 2007 to January 2008. In 2009 became an animated series. The series is aimed towards children between the ages of six and thirteen and has released an international franchise of toys, books, clothing, DVDs and a feature-lenght film.

Main Characters
Featured Scene
1/2
Sulfus finds out that Blu is slowly starting to fall in love with him and decides to use it in order to escape from the cell he has been kept for weeks. On the Spring Dance day, the Devil finally reaches his goal and while pretending to kiss Blu, snatches the key around her neck, knocking next the girl unconscious. When Blu wakes up, Sulfus has already escaped but she swears revenge.

Angelie is Malachia's wife and Raf's real mother who disappeared in a vortex while playing with baby Raf in the garden of the Mistery House, Paris. Since then she has been in an eternal sleep in a glass coffin, kept by her kidnappers under the Golden School. She is later freed by her daughter who breaks the coffin's glass with her Angelic Star. (Read More...) 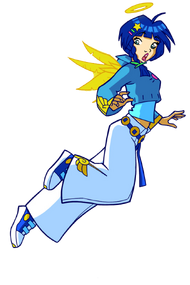 Retrieved from "https://angels-friends.fandom.com/wiki/Angel%27s_Friends_Wiki?oldid=8051"
Community content is available under CC-BY-SA unless otherwise noted.