What's on your mind?

I want to discuss about your theories and opinions about the cartoon series.

1. Blue is probably a daughter of Reina and Maliki, I think that because they are alike- Dark blue hair, similar traits, she is a teenager, so the age fits for Reina to be her mother. If it is not a case, Blue might be Reina's close friend, relative or an ally. But I still think that they are a mother and a daughter, and if that is the case than Maliki is Blue's father, because Maliki is the only man she spent time with while she was imprisoned.

Cassidy and Kubral are the true villains- I think that they could save Maliki, but they chose not to, because they knew that his daughter is special, so they decided to make her an angel and use her for their own purpuses in the future- I think they planned everything long before the became teachers of the golden school.

Adoptive mother and father of Raf were guardian angels of Angelie and Maliki- So they felt the responsibility to protect their dissapeared earthly one's daughter.

On the path of metamorphosis, angels and devils die in the end-and are reborn as humans. Maybe Tyco and Sai couldn't pass the final trial because it was deadly and they thought about ways to pass it. There was no other way, but to let it kill them, so they thought that that was the end and that they failed (I personally don't like this theory)

Keep in mind that these are only my theories and nothing of this is confirmed. I just thought about the reasons behind some events and came to my own conclusions which don't have to be true. Share your theories about the cartoon and the characters

Blue- I love her because of her bravery and the fact that she is capable of everything just to save her loved ones. Of course she did many bad things, but she also suffered a lot. She swallowed her pride million times, risked working with Cassidy and Kubral, did things she didn't want to. Blue doesn't deserve the hate because she fell in love in Sulfus. I think that actually she was very emotional deep inside.

Sulfus- He is definitely one of the best, if not the best guy in the cartoon series. He was terrible in the first few episodes, but quickly became a true hero. He went through hell just to not let her loved one's mother get hurt. It's adorable how much he cares about Raf and shows how much he loves her.

Urie- I simply love her because she loves nature as I do. And her terrestrials had very relatable problems- Self acceptance, friendship and rivalry, social pressure... She did few mistakes, of course, but it just makes her character more realistic, not a Mary Sue.

Sai- She only appeared twice in season one and just briefly in the movie, i loved her character anyway. She was very sweet, brave, stubborn and emotional, although she had to hide her emotions. I think that her character is a mix between Blu's and Sulfus' characters. And the scene in the movie when she cries killed me. Sadly we don't have season 3 and we never found out how will their love story end.

Arkhan- When he was way too strict with Raf i was annoyed, but in the end i realised that he is the best professor. He supports his students, especially Raf in everything. He is just, brave and calm. Even when the things go wrong, he stays calm and tries to solve the problem.

Kubral- Seriously, whats wrong with him? He is a criminal, kidnapper, abuser, torturer and psychopath. He uses his powers to harm the weaker than him. The moment when he lost his powers was too satisfying.

Cassidy- Well, she is slightly better than Kubral, but she gave the idea to kidnapp Angelie at the first place. Their war was much more important than the life of a child. She is extremely hypocritical, as an angel.

Gabe- I don't hate him, but I think that he is too boring

Miki- Hate is a big word, I actually love her. But her bodyshaming insults towards Gas are annoying

This is long, I know! Please share who are your most loved and most hated characters 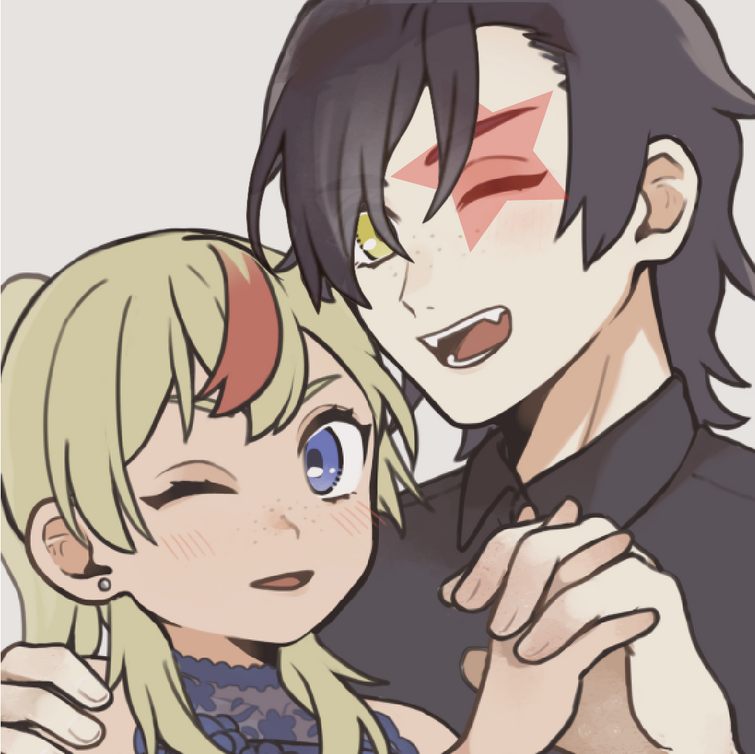 Hello there fellow Angel’s Fans! I just found the show through its similarities to one of my favorite shows, Winx Club, and I’m here to discuss and edit. :)

Hi guys i am a miki fan. I am doing this text/post/, whatever, because i wanted to share with you some, lets say, *strange things* i found during my research. First of all, i have to admit that, i have found these informations since summer of 2020 but, idk why i never posted them. During my research on different sites, social media, forums, i came across something "fishy" When i looked up on instagram if there's accounts that relate to angel's friends, i found many of them, but they were mostly abandoned. Then, i came across 2 accounts, one by the name angelz.friends and the other one, just disappeared. When i clicked on these accounts, my heart was beating like hell, and my eyes were not fooling me. The account by the name angelz.friends has uploaded a post which says "season 3 spoilers" and in the post, it seemed like kabale was gay, and by the claimings of this account, season 3 said "Gay rights". Now, for the other account. This account uploaded again a post "season 3 spoilers" and the images had reina and blue about to kiss in the mouth. THIS IS NUTS!!!! But it doesn't end here. (Oh boi). I communicated with this account to find some information about, how does he/she know that, where did he/she watched it etc. He/she said that he watched all the 52 13-minutes length episodes on a Russian site that he couldn't remember the name, because it was russian. He also said that the voice actors were the same, the animations were pretty nice but there was a problem. The screen was blury, like the old tvs when you switched from channel to channel. He asked me of i wamt him to tell me about the 3d season, but i answered no, because, if some day i can watch this season, i want to know then, amd not now. That was all the info i had to say!! Personally, i believe that someday we will have season 3!! If anybody knows anything else about this or he has something to do eith these accounts OR he has relations with mondo world, please leave a comment! And yes, im a boy lol. If i have updates about this, i will of course post them! Have a nice day!

Would someone be an angel and share the link to the Angel's friends comics? All I have ever found were a few pages on pinterest that lead nowhere.

Hi guys! Does anyone know where to buy Angel's friends merch? I'm from CZ and the only merch I was able to find and buy is a pencilcase and a wallet. 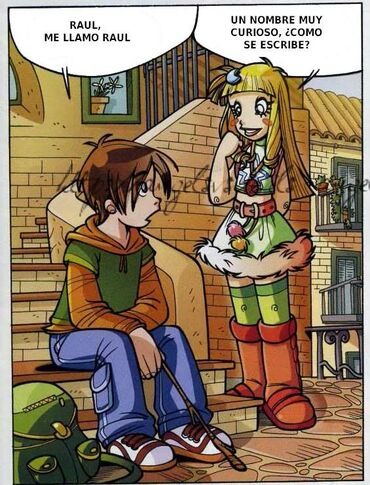 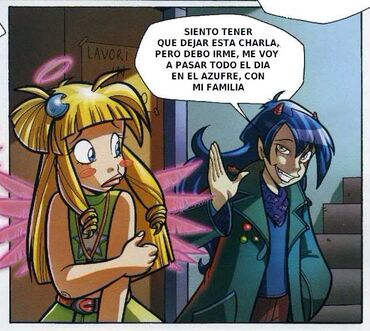 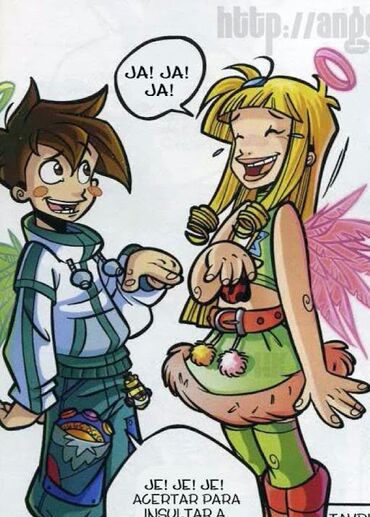 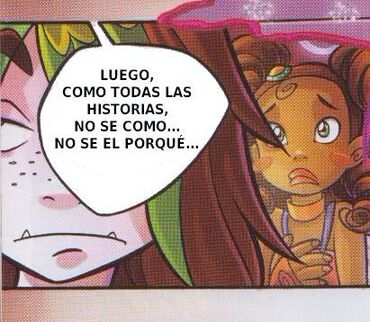 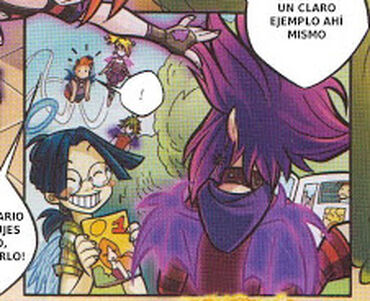 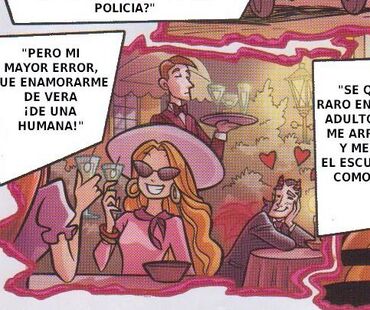 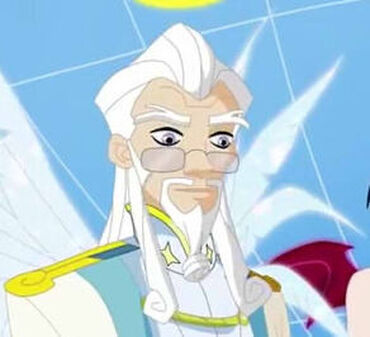 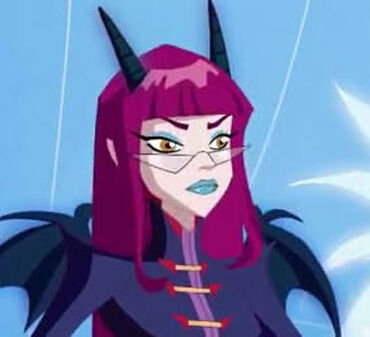 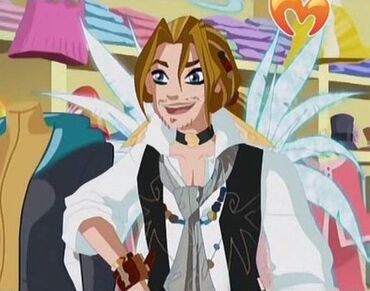 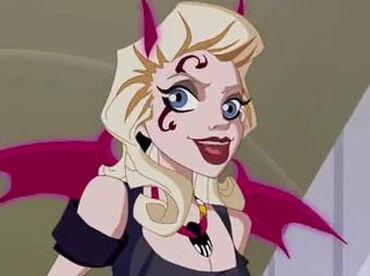 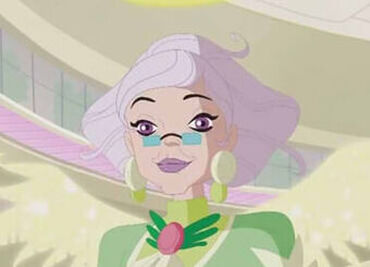 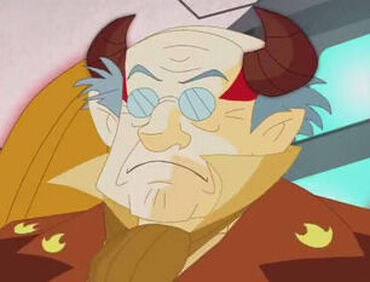 I don’t know what to say I don’t remember anymore how many years it’s been since I’m waiting for season 3’ I tried to find the creator but I didn’t succeed... i can’t believe that there’s not gonna he a 3rd season. Idk the reason why they don’t create 3rd season? Can someone tell me if you see my comment. One of the things that i wanna do one day is that to create Angels friends season 3 myself for the ones that love this cartoon... REPLY so we can talk about our fav cartoon 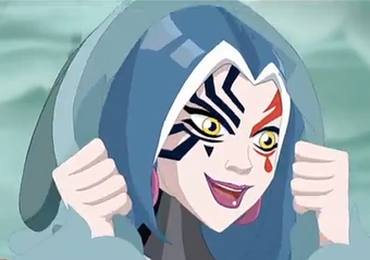 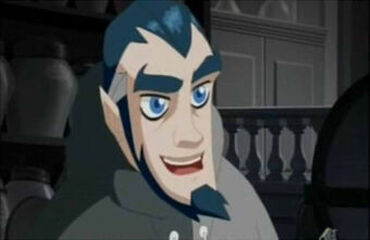 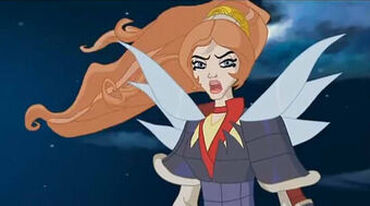 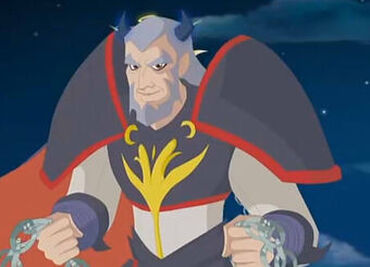 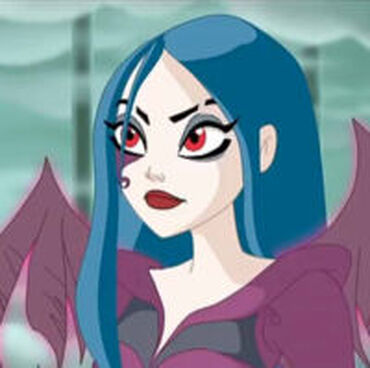 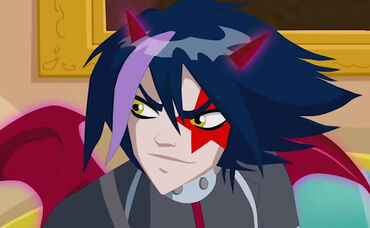 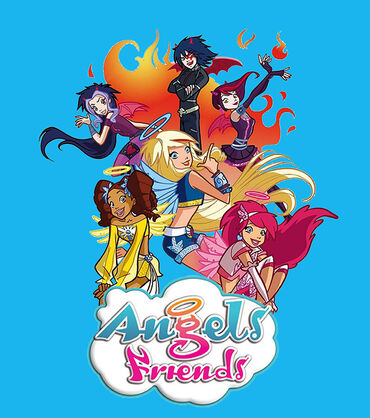 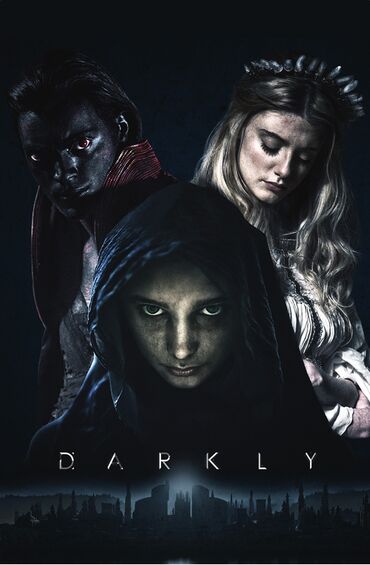 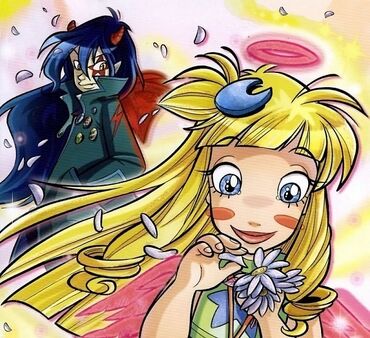 A new animated series based on the original comics 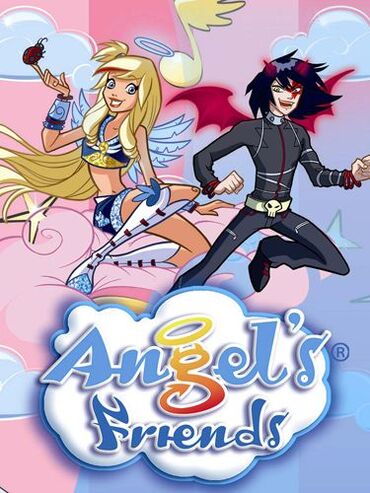 Hi I'm not technically new. I've here but I've never commented on any thing. I noticed that many people aren't here but i decided to join cause this used to be my best and is still my sister's best Anime. I really hope more people join.😊 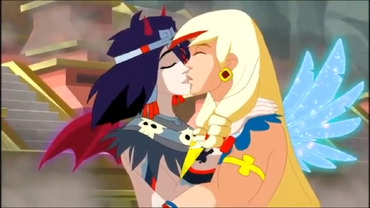 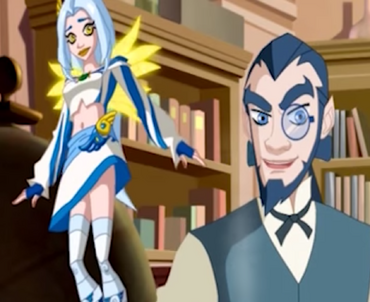 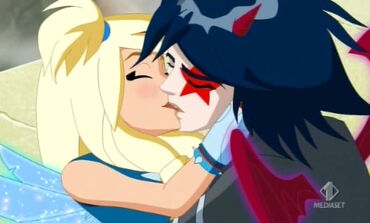 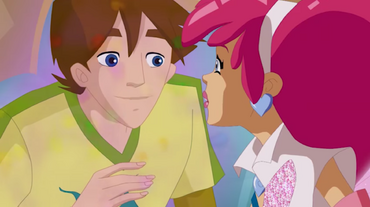 (edited by Arianna2516)
RafSulfusTycoSaiReinaMalachiaAlessandroDolceRaf and Sulfus 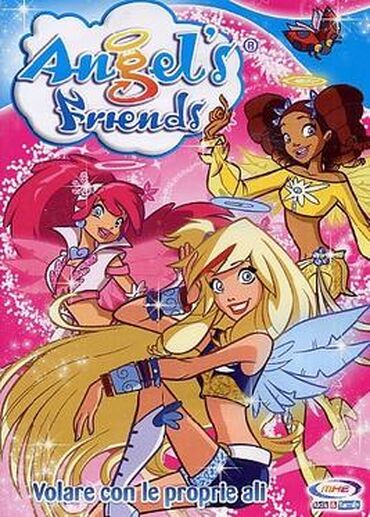 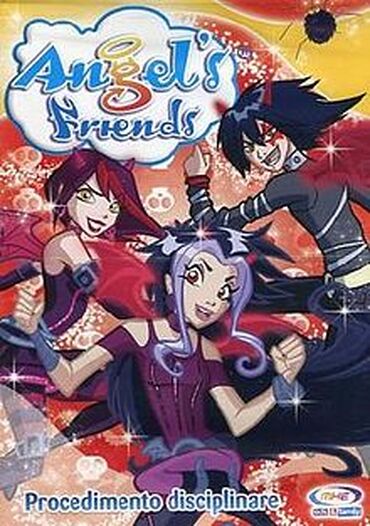 I want to start editing this wikia,but many articles are protected,but not finished. I dont see many people being active here,I feel like this wikia deserves more.